School districts know that educational institutions are key targets for cybercriminals. It would help if there was a clear strategy for protecting our children. However, between the Federal government and state legislatures, student data privacy laws consist of a jumble of regulations. The lack of consistent strategy makes it much more difficult to protect student data.

FERPA is the only federal regulation that covers both student data privacy and security issues. President Ford signed FERPA into law in 1974. The purpose of the Act is to protect the confidentiality of student records.

The Act wasn’t originally a law unto itself. It is commonly called the Buckley Amendment because it was originally offered as an amendment to the Elementary and Secondary Education Act of 1965. As a result of how FERPA evolved, there were no legislative committee reviews or public hearings on the topic of student privacy.

Congress and the Department of Education (ED) amended FERPA nine times in its history. Many people believe that ED has weakened what started out as a strong privacy law. Many parents agree and want the states to provide more regulation on the topic.

According to stakeholders in the area of student data privacy, there’s still a long way to go before the states protect student privacy to the degree necessary in each of the identified categories.

Some States are Moving in the Right Direction

There are some notable state laws that are moving legislation in the right direction. Here are some examples.

Senate Bill 820 is notable because it details requirements for a school district’s cybersecurity framework. The framework must meet requirements set by the Department of Information Resources and secure the district’s infrastructure against attacks. It must also include a program to plan for cybersecurity risk assessment and mitigation.

California passed six bills related to student data privacy between 2014 and 2018. Those bills:

New Hampshire passed 10 student data privacy laws between 2014 and 2018. Those bills cover a range of topics including:

Utah passed 10 student data privacy laws between 2015 and 2019. Those bills cover a range of topics including:

There’s no doubt that the Federal government and the states will continue to struggle with the issue of student data privacy laws, encouraged by parent groups and security experts. Because the question of why student data privacy matters is about more than just legal compliance. The impact of student data being used for a variety of reasons—whether by criminals, companies, or bullies—has long-lasting and potentially devastating effects on the child and their family.

In the end, everyone wants to fix the trouble with student data privacy laws. If you’re struggling with security in your district, you can use our Cloud Application Security Checklist as one tool for improving your data security for your students, parents, and your schools. 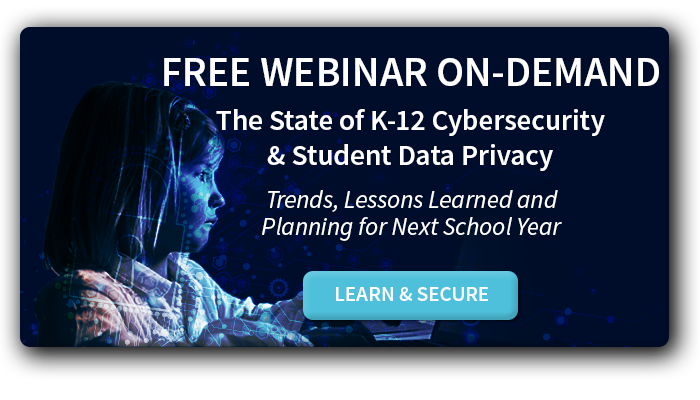